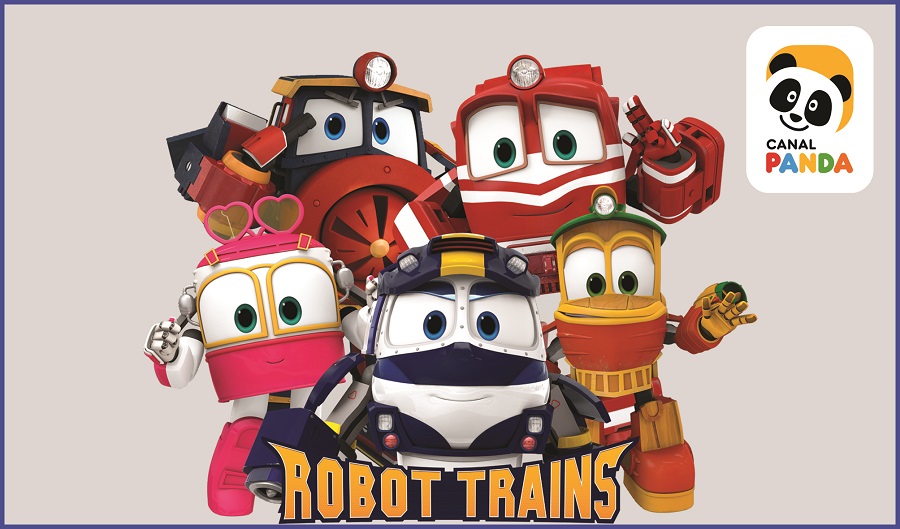 Mondo TV Iberoamerica, part of Mondo TV one of the largest European producers and distributors of animated content, has announced that Portuguese-language station Canal Panda is to broadcast season one of the new children’s 3D CGI animated action-adventure show Robot Trains in Europe and Africa.

The two-year agreement covers Portugal and Portuguese-speaking Africa. The series will broadcast from spring 2018.

Canal Panda is a Portuguese cable and satellite television channel dedicated to children’s programming, with a strong focus on animated series. Its broadcast area includes Portugal and the Portuguese-speaking African territories of Angola, Mozambique and Cape Verde.

Robot Trains Season 1 ( 32 x 11’) is an exciting animated series for children aged between four to seven years set in Train World, where all the citizens are trains. However, among the residents there are special trains that can transform into robots!

The show, produced by one of Asia’s leading entertainment and media company, CJ E&M, is already a big hit in Korea where it has enjoyed licensing success in toys, publishing, kitchenware, food, and so on. It is being distributed and licensed by Mondo in a number of territories across Europe (excluding Greece, CEE, Turkey, France and media sales in UK), the Middle East, Africa and the Pacific region.

Robot Trains has already arrived in Italy where season one has been showing daily on DeA Junior, a pay TV channel on the Sky platform, from 4th of September.

Series two of Robot Trains has already been announced. Mondo TV Suisse will not only distribute and license the show in a number of territories but will be co-producing the new series.

Matteo Corradi, Mondo TV CEO, says: “Following the sale of Robot Trains to Italy, I am delighted to be able to announce the sale of series one to a major player in Portuguese-speaking Europe and Africa. I am looking forward to Robot Trains building a market in many other EMEA territories in the very near future.”

Hyunil Park, CJ E&M VP, says: “Robot Trains has already made a big impact in the Korean market and is now making waves in both Europe and Africa. With awareness growing from the renowned channels in the key territory, we hope to build the brand firmly with our existing and potential partners in the European and African markets and more in the exciting and innovative property.”