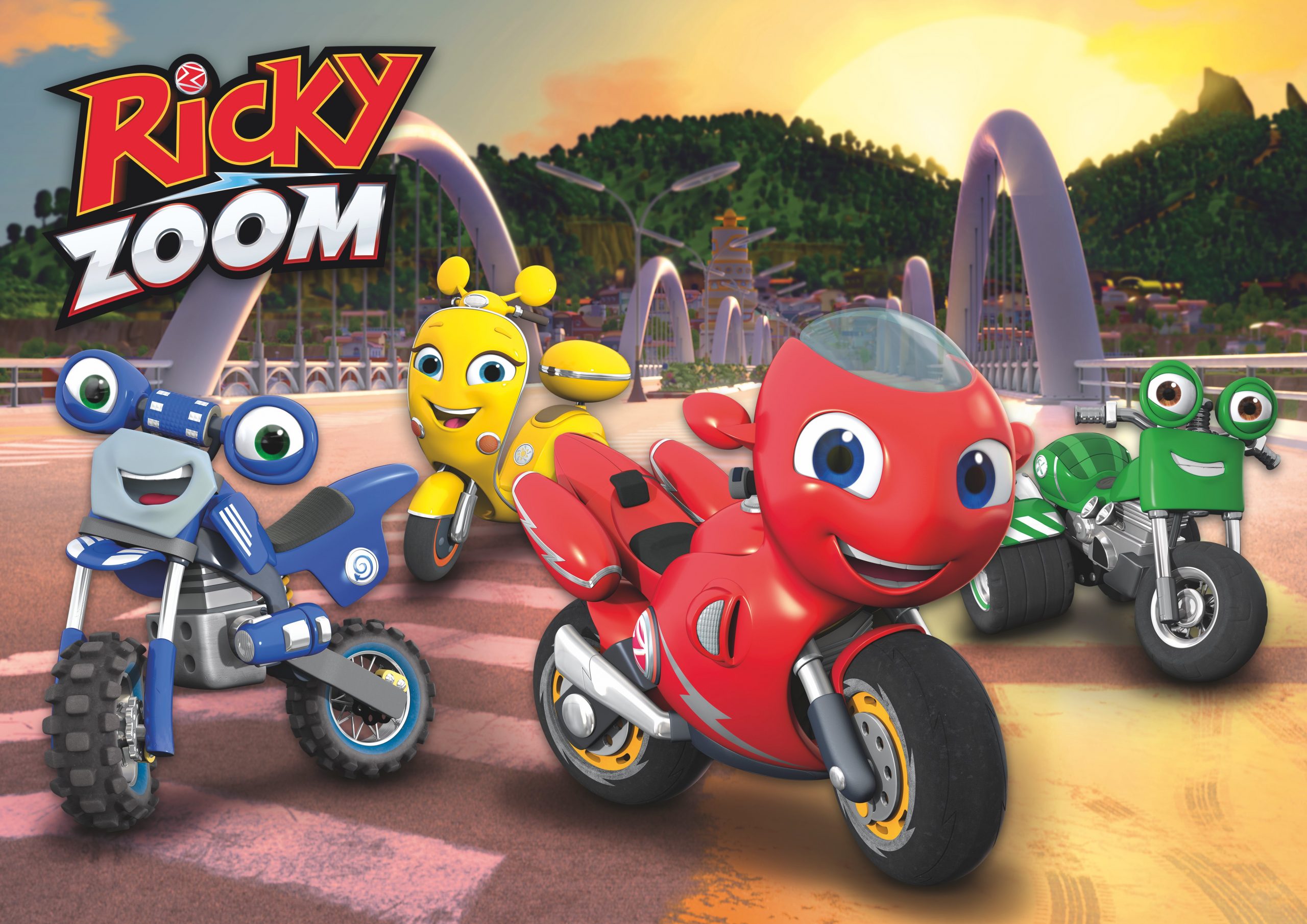 Ricky Zoom revs up for broadcast debut in Australia

Entertainment One (eOne) today announced new broadcast deals for its all-bike CGI-animated preschool series, Ricky Zoom, that will see it race onto TV screens across Australia for the first time.

The 52×11 min episodes from series 1 of Ricky Zoom are set to launch on Nickelodeon’s preschool channel, Nick Jr., in Australia from Monday, 20 July, 2020, with new episodes airing weekdays at 10am. From November 2020, Ricky Zoom will also begin airing on Australia’s Channel 9 to further accelerate exposure in the region.

eOne’s Monica Candiani, EVP Content Sales, Family Brands said, “We’re proud to be bringing Ricky Zoom to audiences in Australia by extending our partnership with Nickelodeon and welcoming Channel 9 as our terrestrial partner in the region.Ricky Zoom is an action comedy adventure series with real heart and these latest deals are testament to the strong appeal of the show.”