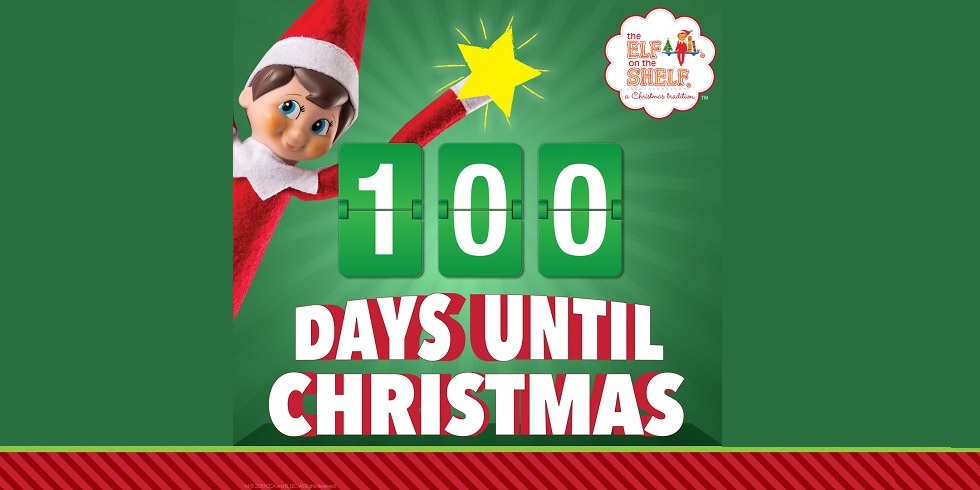 The countdown to Christmas is on: 100 days to go

It’s a family-favourite book, an online phenomenon, a sought-after promotional partner and a fast-growing licensing property with a global reach. This year, it’s poised to be the biggest year in the UK market yet for The Elf on the Shelf® brand, with renewed partnerships and major product launches across new and key categories.

The Elf on the Shelf® introduces families to the North Pole through its full cast of characters and the brand has built a powerful presence across retail and multiple media in the UK/Eire markets and across the globe. In the UK/Eire specifically, the success of The Elf on The Shelf® brand has resulted in the creation of special family moments that have been shared extensively on social media by celebrity fans such as Victoria Beckham, Ayda and Robbie Williams and Kimberly Walsh.

There are still 100 days to go until Christmas, but The Elf on the Shelf® brand, which is based on the timeless story of the magical Scout Elves sent into homes to help Santa manage his nice list, and represented in the UK and Eire by Rocket Licensing, has a lot to celebrate. The Elf on The Shelf® already boasts over 50 licensees globally, including 16 in the UK, and the arrival of a brand-new style guide featuring new UK-specific assets is expected to add to an expanding UK licensee list, targeting categories including Christmas decorations, accessories and toiletries. Not just licensing but promotional partnerships are a strong feature of this brand. Successful 2018 partnerships with Kellogg’s and Hyde Park Winter Wonderland have been renewed for 2019, underlining the importance of the brand as a promotional partner in multiple sectors.

Rob Wijeratna, Joint Managing Director of Rocket Licensing, says: “The fast-growing public engagement with The Elf on the Shelf® online and at retail, as well as an expanding UK licensee list, underlines the extraordinary awareness that this amazing brand enjoys across the UK and globally. A big Christmas is on the way for The Elf on the Shelf® – and we are already planning for an even bigger Christmas in 2020!”

As the only elves who report directly to Santa, The Elf on the Shelf® Scout Elves are supported by a foundation of key UK brand partners, including Baby Republic, the UK distributor of The Elf on the Shelf® products, DVD partner Universal, and independent licensing company Rocket Licensing, which is showcasing the brand at its stand (B301) during BLE.