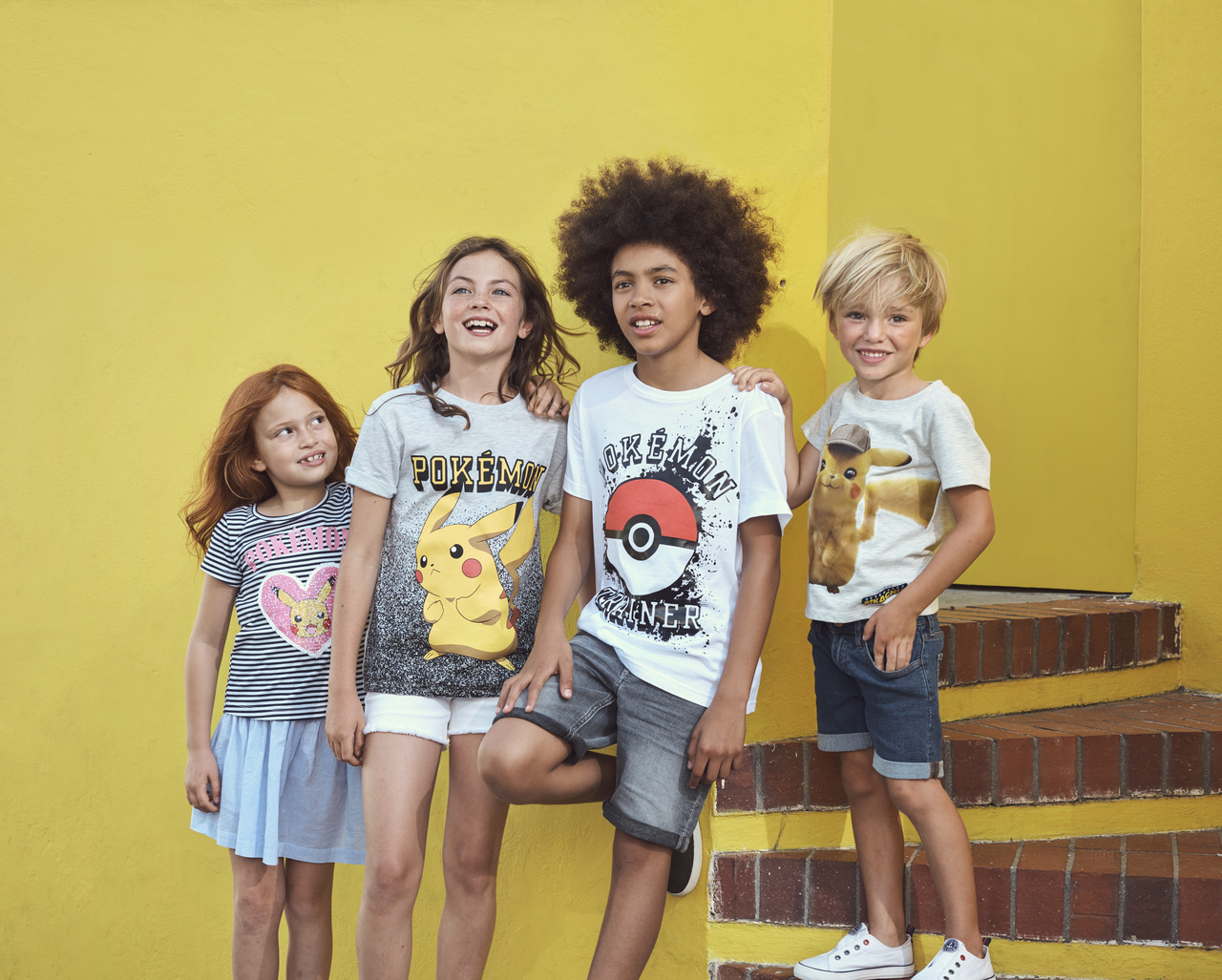 The Pokémon Company International has launched new kids and adult apparel and accessories ranges at H&M worldwide as it continues its successful collaboration with the leading global fashion retailer.

The kids and adult ranges include t-shirts, underwear, swimwear, hats, socks and shoes branded with Pokémon imagery from both the iconic animation and the live-action movie POKÉMON: Detective Pikachu.

The adult collections for men and women are part of H&M’s colourful, fun and fashionable “Divided” range. The kids’ collection is being supported worldwide by H&M online on the retailer’s website home page and on social media.

Mathieu Galante, Licensing Director EMEA, The Pokémon Company International says: “Our partnership with H&M has been extremely successful to date and we are delighted to see it expand with these new ranges, which look set to take it from strength to strength at an exciting time for Pokémon, with the release of the eagerly awaited POKÉMON: Detective Pikachu film generating intense interest in the brand.”

The global phenomenon of Pokémon was first launched in Japan in 1996 as a role-playing game for Nintendo’s Game Boy system and reached the United States and Europe in 1998–99. Pokémon has since grown into one of the most popular entertainment properties in the world.