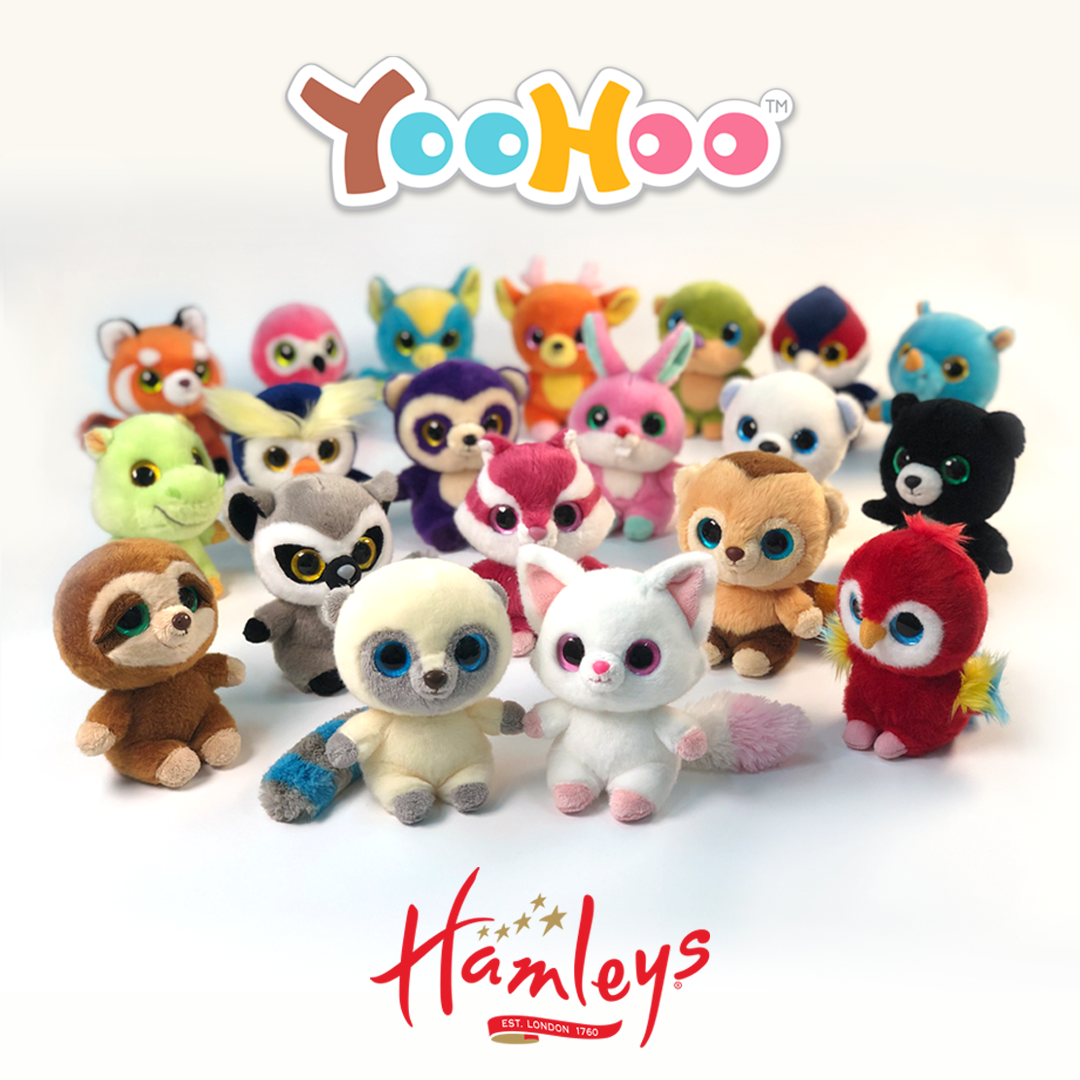 Aurora World launches new YooHoo plush line in Japan: displays and opening events with Hamleys as YooHoo to the Rescue debuts on Netflix

Leading character and content company, Aurora World has announced the Japanese launch of its new YooHoo plush line – a rebootof the 80-million-selling plush sensation to coincide with the arrival worldwide of the new 3D Netflix Original series YooHoo to the Rescue. The launch, like the new series, took place on 15 March.

New YooHoo plush toy was launchedat two Hamleys stores in major Japanese cities: Hamleys Hakata in the city of Fukuoka, and Hamleys Yokohama. The Hakata store also included a YooHoo window display, showing off the new line. The display will continue for two months until 14 May.

An opening event was also staged, again at Hakata Hamleys taking place on 23 March. Activities at the opening event included meet and greets with both YooHoo and Pammee costume characters, colouring play, a party room decorated with YooHoo imagery and a YooHoo-Themed Hamleys Café with a menu illustrated with some of the adorable characters from the brand-new series.

Japan is an important market for the YooHoo brand and increased brand exposure in Japanese market, along with the strong promotional effect of the new animated series. YooHoois expected to drive demand for the plush range, already popular but now rebootedto reflect the themes and characters of the new series.

Headquartered in Seoul, Korea, Aurora has established a varied business portfolio that includes a vast global reach in the plush market through brands like Miyoni, Sea Sparkles, Sparkle Tales and, above all, YooHoo & Friends

YooHoo to the Rescue is a funny, exciting and beautifully designed animated series with strong environmental themes, in which YooHoo and his crewtravel from the magical forest of YooTopia to Earth to confront threats to nature and wildlife, meet many different endangered animal species from around the world and make new friends along the way.

As well as a renewedplush toy line based on the new series, a licensing and merchandising programme is planned across many other categories. There are several products ready for launch in territories worldwide, from a number of licensees including Panini (stickers, mini figurines, trading cards), Nuvita (baby products), Apple Beauty (toiletries), Dolfin (confectionery), Kennedy Publishing (magazines), and Dev Games & Yea Studio (digital app).

Jay Noh, Director of Content Business, Aurora World, says: “Japan is a key market for the YooHoo brand and with awareness strongly boosted by the launch of the new series on Netflix, this partnership with Hamleys to promote the renewedplush line is perfectly timed. We are certain that the new YooHoo plush line will continue the success of the line that has been a best-seller since 2007.”