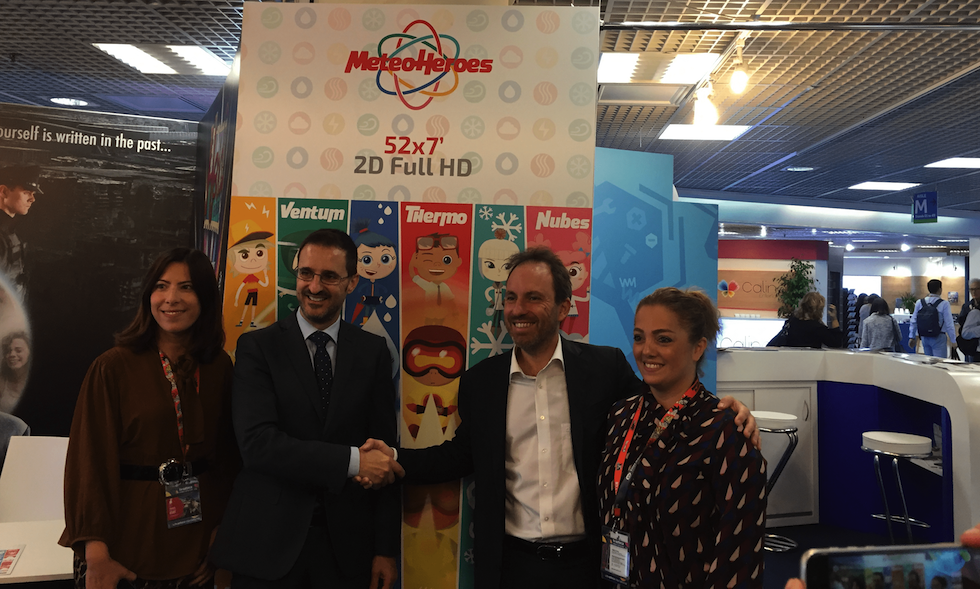 Mondo TV, one of the largest European producers and distributors of animated content, has previewed two major new series at MIPCOM: the live-action adult science fiction series 2050 – a new co-production from sister company Mondo TV Iberoamerica, together with VIP 2000 TV and Casablanca, completely filmed in English in 8k – and the animated eco-adventure about special kids who can control the weather, MeteoHeroes.

MeteoHeroes is the newest addition to MondoTV’s animation roster – and another highly innovative show for the children’s market. It’s a Mondo TV co-production with MOPI (Meteo Operations Italia – better known to the public as the Epson Weather Centre), of a TV series that will consist of 52 episodes of seven minutes each. It is scheduled to launch in spring 2020.

The show addresses issues like global warming, ecology and respect for nature through the amazing adventures of six children who transform into superheroes with power over nature and the weather. This is the first animated series aimed at an international audience that deals specifically with the topic of climate change, and Mondo sees very strong potential for this new series in both consumer products and school-and-learning-related items.

Interest in MeteoHeroes has already been expressed by a number of broadcasters and potential licensees. Among key partners already signed up for this exciting project is publishing house Giunti with an exclusive agreement covering press and digital master publishing for Italy. Giunti products will accompany the TV launch of MeteoHeroes.

Matteo Corradi, Mondo TV CEO, said: “Mondo TV is continuing to diversify its output while still focusing on our reputation for innovative ideas and great storytelling. Both 2050 and MeteoHeroes take us in exciting new directions with new production partners, but both are also fantastic entertainment that, we believe, will thrill audiences around the world.”

2050 signals a new direction for Mondo TV Iberoamerica. A live-action show targeting viewers from young adult upwards, it tells a thrilling and highly original new story in which messages from the past bring hope to the people of a terrible future.

The series is set in a post-apocalyptic world where despair ruled until feelings could be moderated by a specially created microchip called the Limbus. But something went wrong. Now feelings are almost unknown and government control is nearly absolute. Books, music and films are illegal and have been burned or hidden. Then a group of young revolutionaries discovers the hidden literary classics that once shaped their world – and with them the potential for a truer life through the power of the words. Can Shakespeare, Homer, Robert Louis Stevenson, Bram Stoker, Hans Christian Anderson and other suppressed giants help the rebels restore truth and emotion to a society where feelings could be fatal?

A co-production between US-based VIP 2000 TV, Mondo TV Iberoamerica and major South American production and post-production company Casablanca, this 13 x 60’ sci-fi drama is aimed at an audience aged 18 and above – a totally new audience for Mondo TV. It will involve complex, thrilling effects, high drama, romance and action, as well as an ingenious concept that turns the greatest works of world literature into potential saviours of the human race. Included among the soon-to-be-revealed cast in a leading role will be Clara Alvarado from the hit series La Casa de Papel (Money Heist), the most watched non-English-language series on Netflix ever.

Roxana Rotundo CEO of VIP 2000 TV says:  “The concept of 2050 was created with an eye to all the fast changes that the entertainment media is experiencing. It is really a 360° product  – one that will work for TV, video games, licensing, the Internet – in fact, all media. Mondo TV and Casablanca, both respected companies in the international market, are the perfect partners to make this a success.”

The talented cast of the series is drawn from the United States, Canada, Europe and Latin America. The first series of 2050 is in production now and due to launch in 2019. 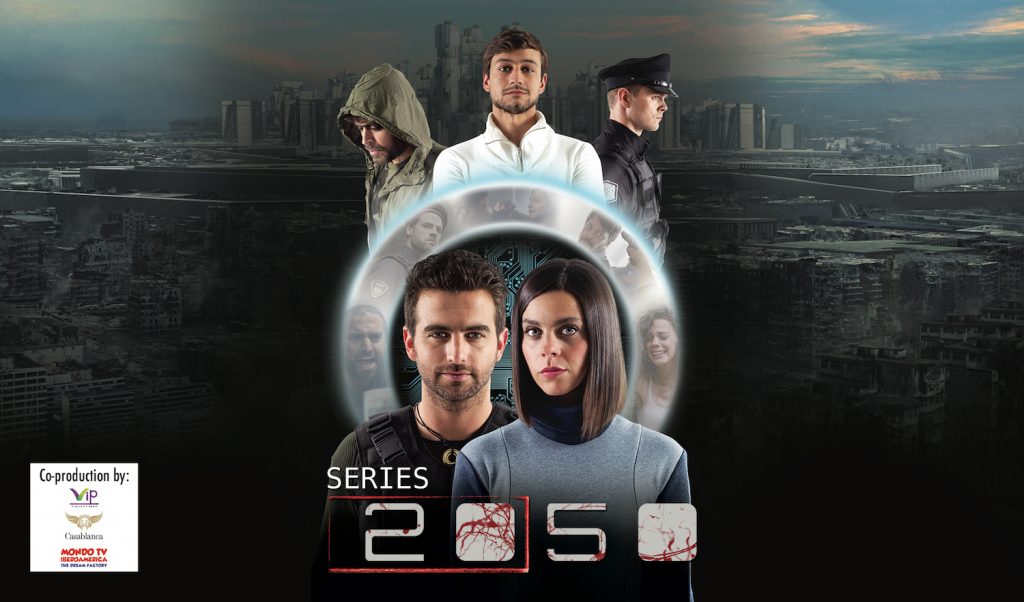