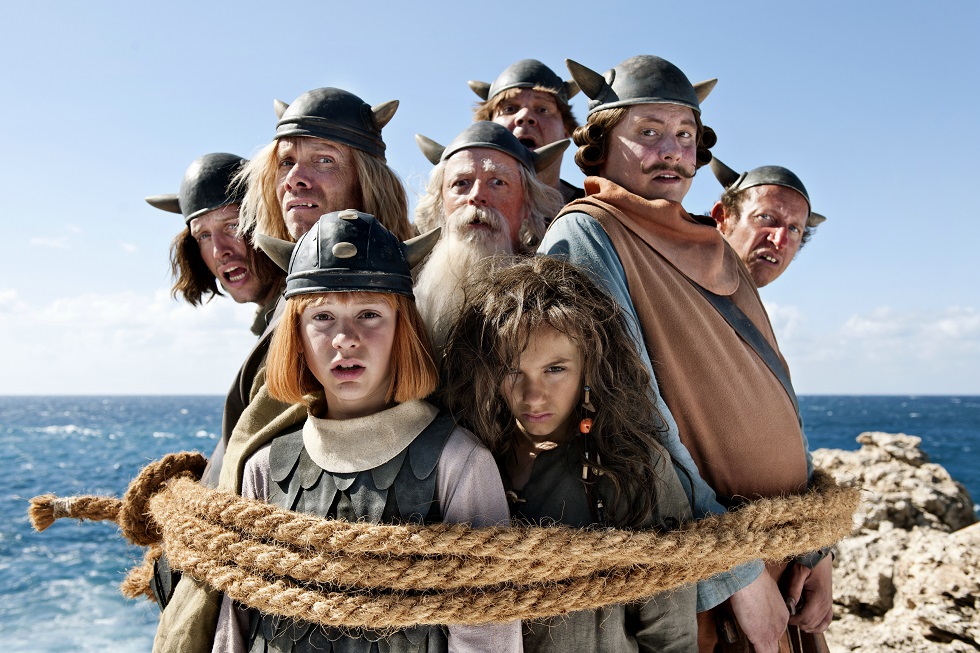 “Vic the Viking” is one of the all-time most popular comic, series and movie heroes. But Vic and his Viking friends’ adventures are by no means fully told – on the contrary

The Munich-based brand management and media companies Studio 100 Media GmbH and m4e AG will be collaborating with Rat Pack Filmproduktion GmbH (a subsidiary of Constantin Film AG) to develop and produce a live-action series of “VICKY”. Rat Pack has already produced the two successful movies “Vicky the Viking” (2009, dir: Michael Bully Herbig) and “Vicky and the Treasure of the Gods” (2011, dir: Christian Ditter), which together have reached more than 6.6 million admissions in German-language cinemas.

Rat Pack executive director Christian Becker and Studio 100 Media and m4e CEO Ulli Stoef are now planning to produce the adventures of the cult Viking child Vic as a family entertainment live-action TV series. To this end a development and co-production contract has just been concluded.

“Together with our long-time partners at Studio 100 including Ulli Stoef and his creative team, we are very pleased to recreate the adventures of Vic, the little Viking child, as a multi-part live-action production, which, along with our live-action cinema VICKY will amaze young and old alike” says producer & Rat Pack CEO Christian Becker: “The VICKY live-action series full of pure family entertainment will tell new, exciting stories about the little Viking – including the latest technology and the production value of the feature film, contemporary humour and the beloved Vicky charm. The old as well as new fans will once again be perfectly entertained and finally accompany their hero in his various big and small adventures again. “

“I simply love all those ‘Vicky the Viking’ stories and – after taking over the management of Studio 100 Media – it was one of my big desires to include bringing us into the realm of live-action content. What could be better than using a top-line producer on such a great product as VICKY? Our success – at Studio 100 as well as at m4e – has always been based on creating and developing properties in an early and very close relationship with creative and outstanding producers for all of our topics. We are very pleased to have found such a partner with Christian Becker and his Rat Pack. He is not only an outstanding producer, but he is already very familiar with the subject.” adds Ulli Stoef, CEO of Studio 100 Media GmbH and m4e AG.

Vic is a streetwise boy with red-gold shoulder-length hair who lives with his parents – the village chiefs – Ylva and Halvar in the small Viking village Flake. However, he is no typical Viking boy because he is not particularly strong and rather timid by nature – quite to the displeasure of his father Halvar. But he assists with the freely adapted proverb “intelligence is better than strength” and with ideas with which he continually helps adults and friends even in apparently hopeless situations… So, no matter how serious the problem: Vic knows a solution!

“Vicky the Viking” is a well-known children’s book series written by the Swedish author Runer Jonsson (1916-2006), which was first published in 1964 in Germany and received the German youth book prize.

In 1974 VIC was initially adapted for an animated German-Austrian-Japanese TV co-production which made an impact on generations. In 2009 and 2011 followed two successful live-action movies, with the casting show “Bully seeks strong men” that was especially created by director Michael Bully Herbig to search for the actors for “Vicky the Viking”. For Christian Ditter’s sequel “Vicky and the Treasure of the Gods” a unique German 3D recording system was developed for Rat Pack by such firms as Arri. In 2014 there followed “Vicky the Viking” produced by Studio 100 Animation and Avrill Stark Entertainment as a CGI animation series which was co-produced by TF1, ZDF and Channel 10 and successfully broadcast by ZDF as well as by KiKA.