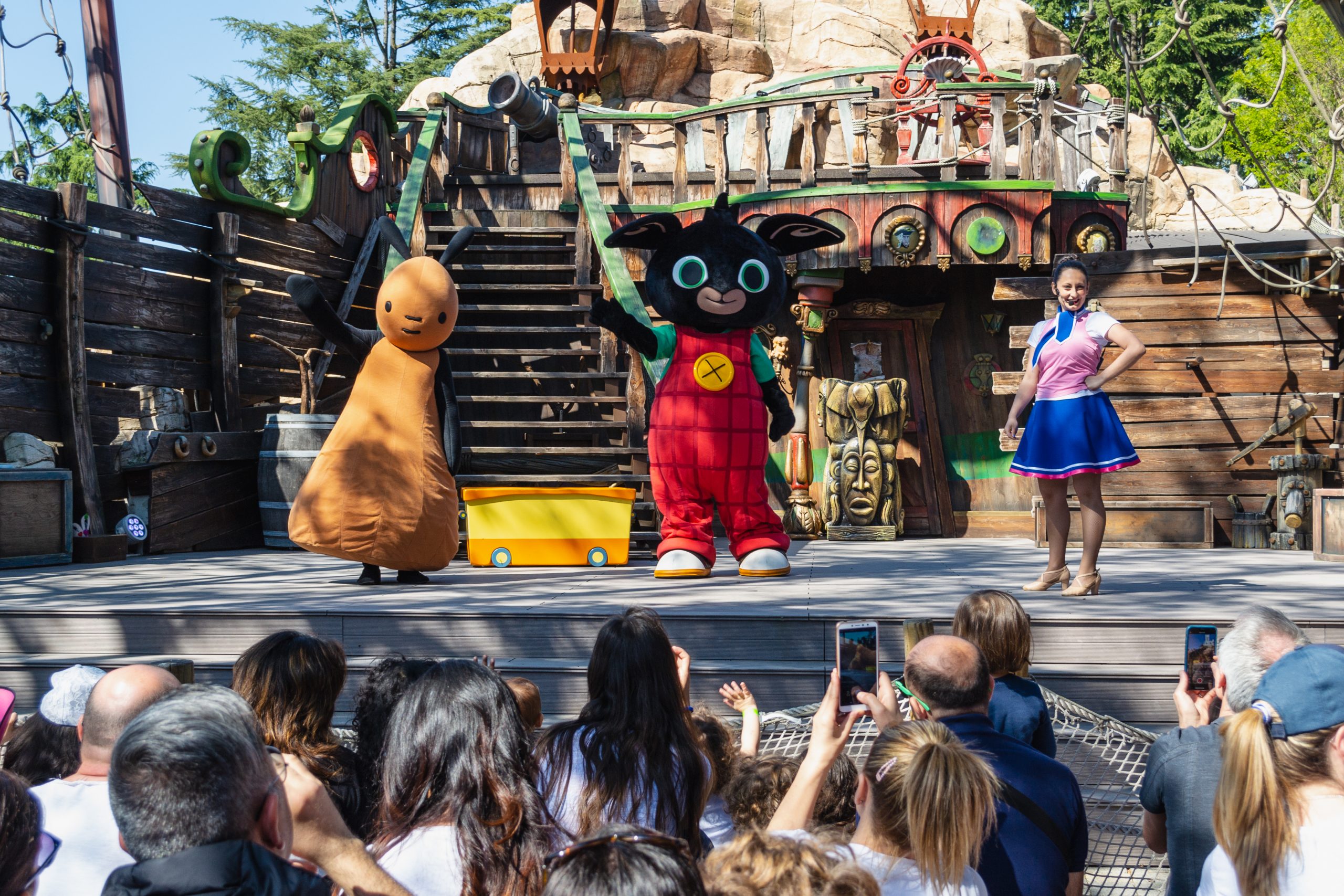 The leading family entertainment theme park in Italy, Leolandia, will be the first park in the world to develop a dedicated Bing themed attraction

Acamar Films is proud to announce a major new partnership for its pre-school hit Bing with Leolandia, Italy’s leading theme park destination for young children and ranked #1 in Italy by TripAdvisor in the last 4 years. As the first multi-year theme park agreement for Bing, the long-term partnership cements the popularity and longevity of the brand in Italy where it has been going from strength to strength since its launch on Rai Yoyo in February 2018.

The new agreement will enable the theme park, which is located close to Milan, to become the first park in the world to host a dedicated Bing themed attraction. The partnership grants exclusive rights in Italy to Leolandia for the development of a fully themed 9,500 sqm area, with the first phase due to open in 2023. The attraction will feature interactive play areas, live show venue, restaurants and shops, and aims to create a fully immersive environment that brings the world of Bing to life.

The deal between Leolandia and Acamar Films was brokered in close collaboration with Maurizio Distefano Licensing, who represents the Bing brand in Italy and manages a highly successful licensing programme of over 40 licensees.

The plans for the theme park attraction follow the overwhelming success of a test Meet and Greet activity and an exclusive show with Bing and Flop at Leolandia in April 2019. Proving hugely popular thanks to Leolandia’s storytelling abilities, with a guest-rated experience of 9.5/10, the partnership was extended for a full year in 2020 as discussions began on a permanent area within the park.

Giuseppe Ira, President at Leolandia, said: “The partnership between Leolandia and Acamar Films, both well-renowned in the kids’ entertainment industry, has produced great feedback and results from the 2019 season. The park has set many precedents with the most beloved characters, exclusive areas and dedicated shows, attracting millions of visitors over recent years. Innovation and vision are our driving forces; therefore, we are very pleased to have signed this agreement extending our collaboration with Acamar Films and Bing and strengthening the popularity of Leolandia among our core pre-school audience. We look forward to enriching our offer with the exciting development of a dedicated Bing area at Leolandia.”

Kirsty Southgate, Director of Promotions and Partnerships at Acamar Films, said: “We are thrilled to be partnering with Leolandia on such an exciting new development for Bing and their family focused and world-renowned theme park. It’s testimony to the growing success of Bing in Italy and a real step-change for Bing both there and globally, paving the way for the expansion of Bing’s international experiential entertainment footprint.”

Maurizio Distefano, President, MDL adds; “The popularity of Bing in Italy has allowed us to secure deals in product categories that can only be activated with one-of-a-kind properties. Leolandia is proof of this and we strongly believe that this new theme park area will connect “Bingsters” with their favourite characters in an even deeper way, creating a world that existed only in their dreams.”

Since its launch on TV in February 2018, Bing has rapidly become a top pre-school property in Italy.  A firm favourite on Rai Yoyo – and the #1 show on its app – Bing is also available on pay TV channels DeA Junior (where it’s the #1 show), TIMVision and soon Amazon Prime Video. Bing’s Italian YouTube channel has amassed an amazing 438 million+ channel views and 32.6 million+ watch time hours in just two years. A hit at retail, Bing was named Property of the Year 2019 at the Bologna Licensing Fair Awards.