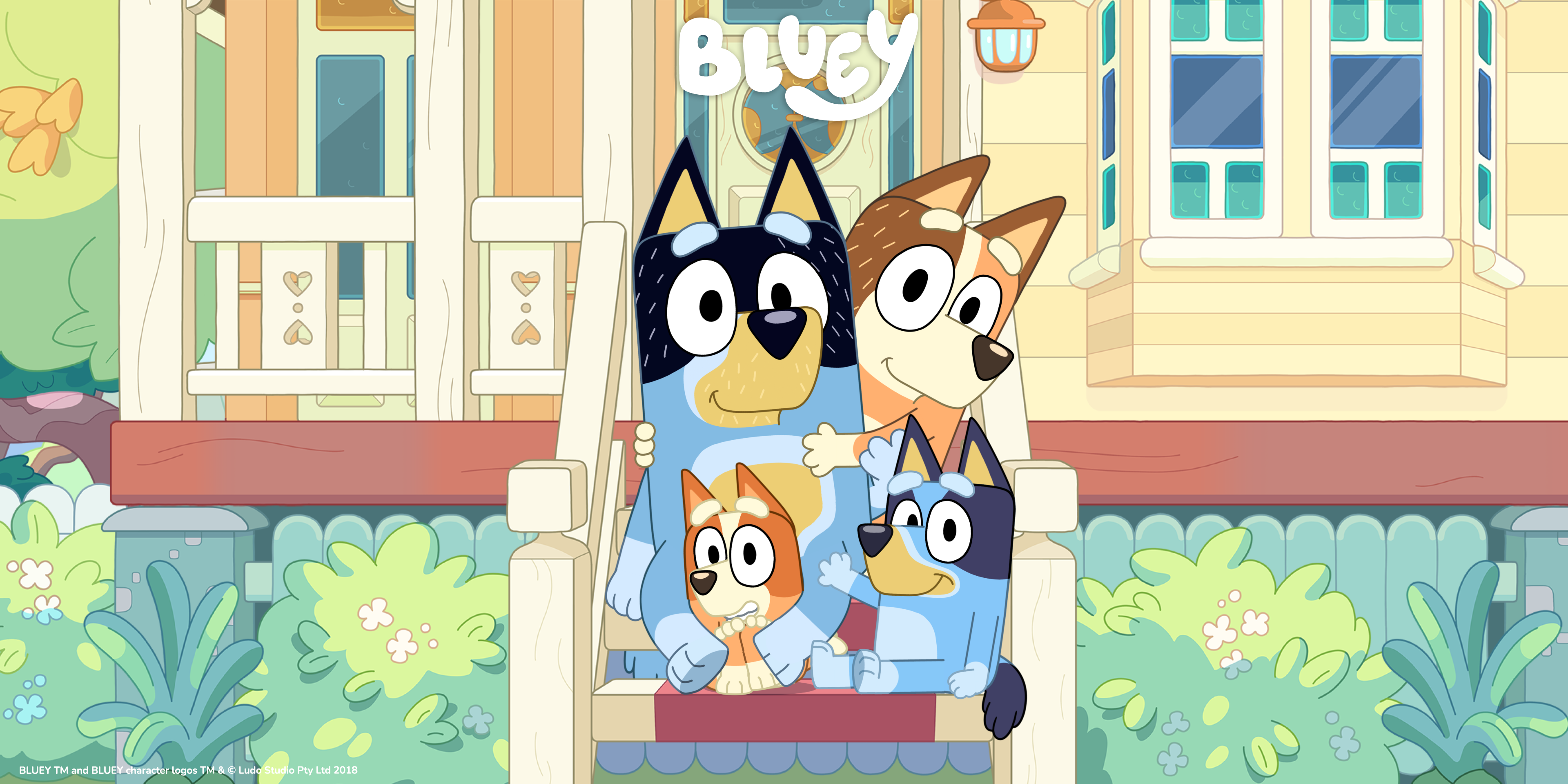 Maurizio Distefano Licensing, Italian agent for the BBC Studios’ property Bluey, has announced a busy second half of the year for the wildly popular animated hit as the Bluey licensing programme continues to grow

Summer began with the launch of the Fabbri Editori-branded Mondadori book series, including an activity book and three novelty books inspired by episodes from the series. In June Dulcop launched a line of Bluey soap bubbles and Grabo launched fairground balloons featuring characters from the series.

In July PonPon Edizioni with activity arts & crafts albums and magic pen albums hit the newsstands so kids can have fun and colouring as they relax under their sunshades. September will see the publication of the first Bluey magazine in the Italian market, accompanied by fabulous free gifts every month.

And retail activity will accelerate in Q3 2022. Diramix will distribute a Bluey sticker album in kiosks, inside which little fans of the Blue Heeler puppy can use stickers to fill in stories; Multiprint will launch stamp sets for summer and the back-to-school period; Clementoni plans super colour puzzles in different sizes; and Ravensburger will launch jigsaw puzzles featuring scenes from the show.

Christmas and 2023 are already looking busy. Dolfin is planning a very sweet Epiphany 2023 stocking full of treats and surprises and a chocolate egg dedicated to the animated series for Easter 2023. Ciao will launch a Bluey carnival costume in Q1 2023, followed by seasonal themed games. And for meet and greets and special events, SoLuna is onto a winner with a Bluey character costume, which will bring the lovable little puppy closer to her fans.

And that’s not all. Many more announcements and launches are expected throughout this summer and the coming months – sustainability is key with all new products and licensees work closely with BBC Studios to keep this at the forefront and to ensure these requirements are met.

The continuing growth of the Bluey licensing programme has underlined the popularity of the show. Bluey has won the hearts of children and parents around the world since its launch in Australia in October 2018 – and continues to do so.

In Italy Bluey launched on Rai YoYo in December 2021, and then on the Italian YouTube channel in January 2022. Maurizio Distefano Licensing was confirmed as the property’s agent from an early stage and it wasn’t long before the potential of the property was confirmed with a toy line that was launched by Giochi Preziosi in May 2022.

The series has inspired and engaged viewers of all ages around the world. Each episode centres around play, with Bluey and her sister Bingo creating new adventures which draw in their family and friends. The show is praised for its modern yet relatable portrayal of family life and a sense of humour and imagination which draws in both kids and their parents, who find Bluey’s charm truly impossible to resist!

Joe Brumm, Bluey’s Australian creator, has masterfully blended many ingredients: a playful but down-to-earth tone, a brisk pace, simple, straightforward relatable plots, with a lightness of touch that is never superficial.

“We are proud to have brought Bluey to Italy. It’s a property that clearly had massive potential right from the start as Rai confirmed when it chose Bluey for its programming schedule.” says Maurizio Distefano, president of the agency. “That potential has been more than underlined with the success and growth of the licensing programme. Bluey is a wonderful property with very strong prospects, both now and in the long term.”