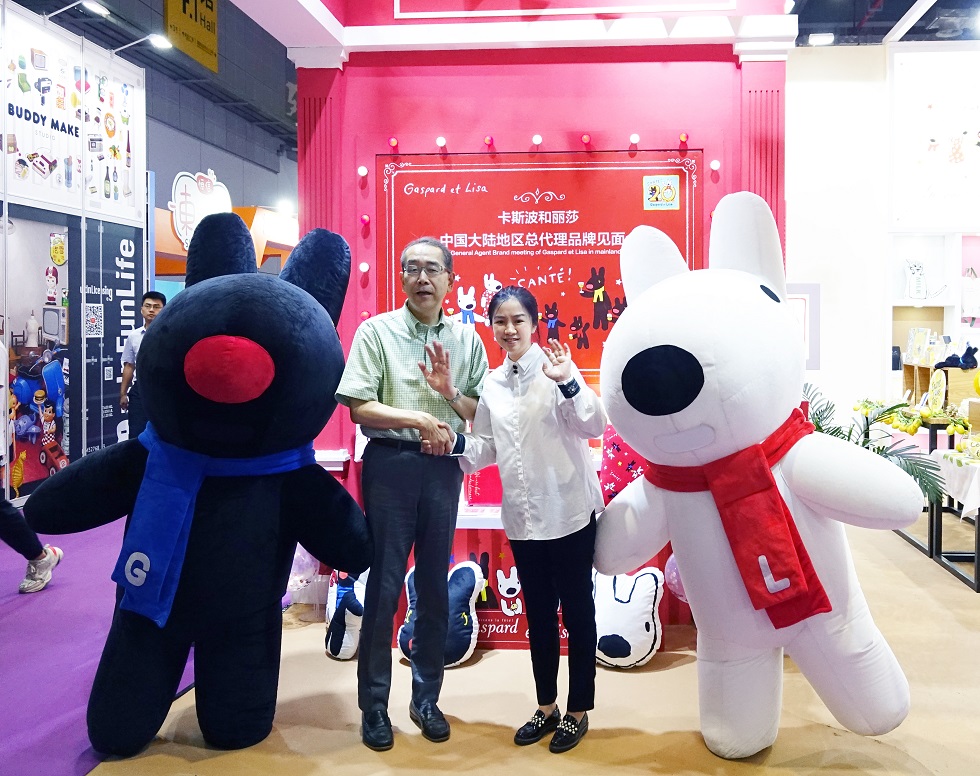 As part of its drive to market itself more effectively as producer of licensed output, M&G Stationery (Asia’s biggest – and the world’s second biggest – stationery company) has invested a new licensing arm called M&G Cultural Creative in order to target and license high-quality IP. M&G Cultural Creative will focus on all aspects of IP value creation including product development, sales channel strategy, marketing, PR and events as well as brand licensing and crossover.

Gaspard and Lisa is the first partnership under this new arrangement, chosen not just as a successful property but one which is an established success in stationery in a number of markets. In addition, its storylines are supported by strong themes of gifting and friendship.

Gaspard and Lisa are two cute fictitious friends created by Anne Gutman together with her husband, illustrator Georg Hallensblen. They have appeared in 40 books and an animated series broadcast in over 80 countries. The two friends are exceptionally popular in Japan, where the books have sold over two million copies and inspired a strong licensing campaign that today includes fashion items, stationery, mobile accessories and even pet care items. The property has also inspired a theme park, La Ville de Gaspard et Lisa, in Yamanashi.

Takehiko Oya , Global Business Group Licensing Manager, Sony Creative Products Inc., says: “This collaboration between ourselves, M&G Stationery and M&G Cultural Creative is highly significant. It underlines the growth and ambition of M&G in the licensing market and the commitment of both M&G and SCP to the vast potential of the Gaspard et Lisa brand in China.”