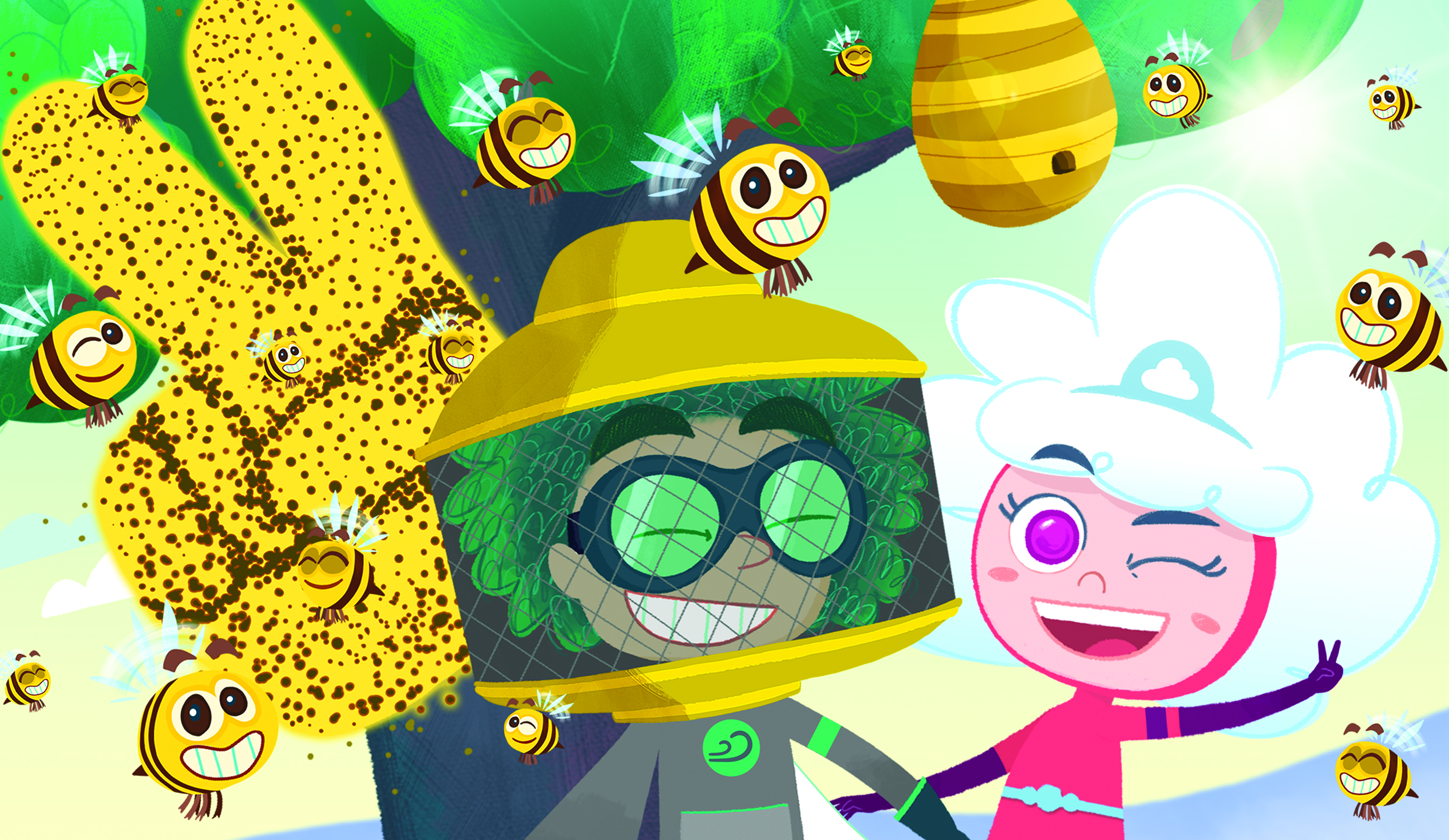 Mondo TV, one of the largest European producers and distributors of animated content, has announced another new licensee for its exciting and highly original new children’s animated series MeteoHeroes

Pea & Promoplast, a global leader in collectibles, promotions, toys, entertainment and loyalty programmes, is planning a range of pocket money toys to be developed and distributed via its Play Around division, a new toy company led by a dynamic young team with a passion for creating innovative projects for both own brand and licensed ranges.

The range, which will be available in the autumn, will include a wide selection of 3D figurines, playsets and gadgets all aimed at the show’s gender-neutral target audience aged between four and seven. The items will highlight both the show’s impressive array of gadgets and its stars: Fulmen, Nix, Nubess, Pluvia, Thermo and Ventum – six ordinary kids with extraordinary powers.

The pocket money toys will be available in the mass market across Italy, San Marino, Canton Ticino and Vatican City.

Massimiliano Piazzolla – Toys & Licensing Director says: “At Play Around we are excited to be on board with the awesome project MeteoHeroes and to be working with Mondo TV.  We were very enthusiastic when Mondo TV introduced MeteoHeroes to us.”

“The content of the animated series in terms of being fun for kids and at the same time embracing green credentials, is pushing us to develop a challenging line of pocket money toys as well as product for all the channels where we are present as a Group.”

In line with the aims of the show – in which the six kids use their superpowers to protect the planet from extreme weather events and pollution – a large part of the products’ design and development will involve recyclable materials.

MeteoHereoes premiered with a special four-episode sneak preview in April on the free-to-air channel Cartoonito, a leading DTTV and satellite channel for pre-schoolers operated by Boing SpA.

The premiere date – the 22nd of April – was carefully chosen to coincide with the 50th anniversary of Earth Day. The premiere was accompanied by a major media campaign during which the stars of MeteoHeroes played their roles as ambassadors in the fight to protect our planet.

The series will launch on July 6th when the four opening episodes will again appear, followed by 14 brand-new episodes, further building brand momentum ahead of the launch of new episodes in October, when previous episodes will begin a second run.

MeteoHeroes, a Mondo TV co-production with Meteo Expert Center, a leading Italian weather forecasting group with a strong international reputation, addresses issues like climate change, ecology and respect for nature through the amazing adventures of six superpowered children. It’s an important message, but it’s delivered in a fun, engaging way in a series full of action and comedy that helps young viewers understand the issues and how they can help the planet.

MeteoHeroes’ enormous potential has already attracted a number of major licensees in areas such as books, activity books, puzzles, games, magazines and Easter eggs. Products inspired by the show will reflect its positive message: they will be designed and developed in compliance with sustainable best practices using recyclable materials. The licensing programme will also commit to a reduced carbon footprint with tangible zero-impact campaigns. The first licensed products will be on shelves by October 2020.

Valentina La Macchia, Mondo TV Licensing Director says: “MeteoHeroes’ originality, appealing characters and exciting storylines, along with its relevant and important themes, are already attracting strong licensee support across multiple categories. We’re delighted to be partnering with Pea & Promoplast, a global leader in its field, we appreciate how committed they are to developing a line of pocket money toys that will not only thrill all young fans of this exciting new series but that is environmentally friendly and consistent with Meteoheroes’ brand values.”