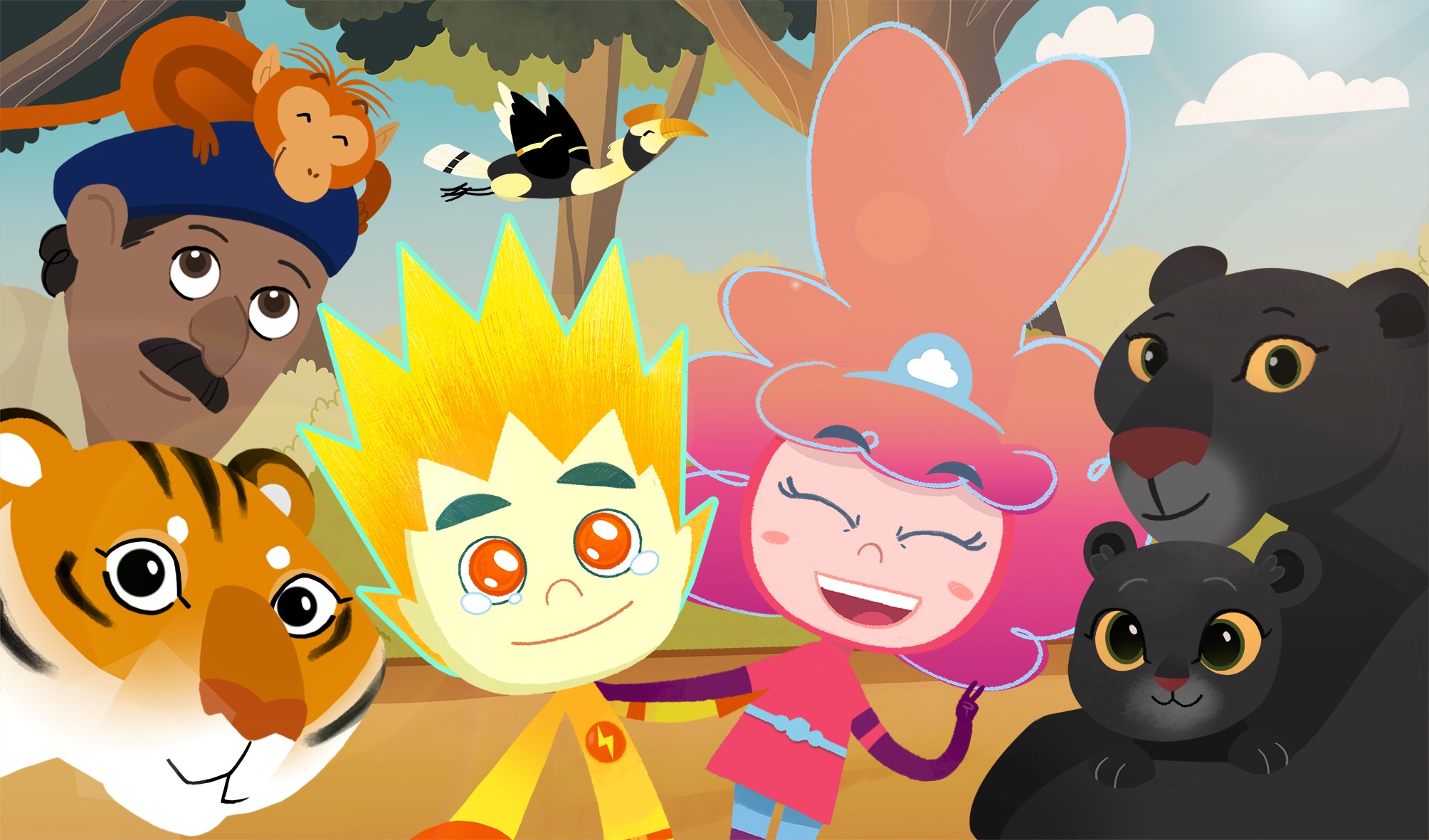 Mondo TV announces plans for the second series of MeteoHeroes

Mondo TV, one of the largest European producers and distributors of animated content, has announced plans for the second series of its enormously popular environmentally themed animated kids’ show MeteoHeroes

With the first series already sold or confirmed into over 120 countries and among the hit shows on Cartoonito in Italy last autumn, it was inevitable that Meteo Operations Italia (MOPI), which originated the concept, and Mondo TV would get together to co-produce series two – and now it’s been confirmed.

The second season will consist of 52 episodes of 11 minutes each. Production of series two will start in the first quarter of 2021 and is expected to be completed by 2022.

MeteoHeroes is the only cartoon in the world dedicated entirely to climate and environmental issues. Each episode focuses on issues related to ecology and respect for nature through the adventures of six superpowered kids who can control weather phenomena. Working alongside scientists and meteorologists at their futuristic HQ based in Gran Sasso Mountain National Park in Italy, the MeteoHeroes are trained to control their powers and fulfil their mission: to save the Earth.

The announcement follows a continuing growth in linear and streaming broadcast sales of season one in numerous countries and the appointment of agents in a number of territories, as well as a very successful first run on Cartoonito Italia and the well-received launch of a MeteoHeroes podcast, the first branded podcast inspired by an animated series, which teaches kids sustainable behaviours.

But the success of MeteoHeroes is not surprising. There really isn’t anything like it on kids’ TV anywhere. It’s a stylish and beautifully designed cartoon show delivering action, comedy and real scientific information in thrilling storylines that discuss complex contemporary issues like climate change and weather patterns in an accessible and appealing way. Each episode is based on a real event with each story on screen linked to images and footage of the news stories that inspired it and the science behind each mission.

And the characters are not just superpowered heroes. With the help of well-known Italian child psychoanalyst Luigi Ballerini, author of several children’s fiction books, they are presented as well-defined personalities adapting to their powers, dealing with their tasks and interacting with other team members.

MeteoHeroes is inclusive as well. Gender equality is taken for granted and the six characters come from six different continents.

It’s got grown-up appeal too. Adults like to watch the show with their kids because it tells them things they often didn’t know themselves and they can discuss the storylines and the issues they raise with their children. The success of this carefully formulated approach will drive series two, bringing the MeteoHeroes not only to its large established fanbase but to new fans – of all ages.

Matteo Corradi, Mondo TV President & CEO, says: “We’re enormously proud of MeteoHeroes; it’s the only cartoon in the world that combines fun, adventure and science – a show that gets kids thinking as well as giving them laughs and thrills. It’s not easy to balance entertainment and education, but this show does so perfectly – and the confirmed arrival in 2022 of the second series is a tribute to everyone involved in making MeteoHeroes such a big success.”

Luigi Latini, MOPI CEO, says: “We believe it’s important to give the very young a grounding in notions like respect for the environment, nature and the fight against climate change – but to do so in an accessible and entertaining way. MeteoHeroes does just that: it’s fun and exciting but it also helps kids to understand why and how we need to make our planet a better place to live.”