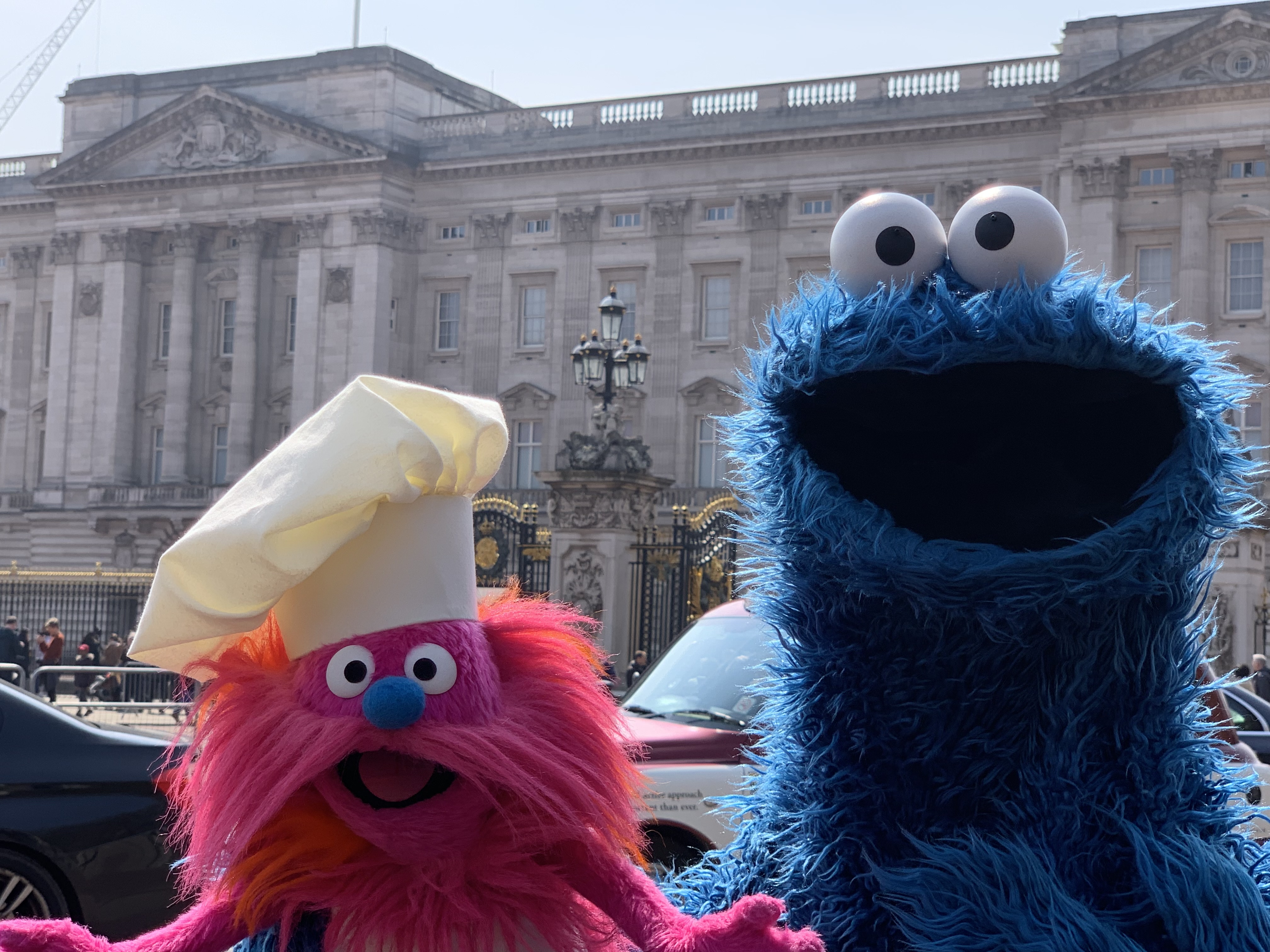 Much-loved Sesame Street friends Cookie Monster and chef Gonger wowed London as they visited the capital for four fun-packed days of events, interviews and media appearances to promote Cookie Monster’s Foodie Truck which airs on Tiny Pop in the UK.

The whirlwind trip, from 14-17 April, celebrates Sesame Street’s 50thanniversary and included a screening event for Cookie Monster’s Foodie Truck at Sony’s screening room in Central London. Organised by Tiny Pop, the fun-filled afternoon included plenty of crafts and treats and was attended by journalists and influencers with children, including TV star Amy Childs.

The furry bakers also had a smashing time in the This Morning kitchen where they caused mayhem helping chef Phil Vickery make cookies; demolished cookies for breakfast with Zoe Ball on BBC Radio 2; scoffed more cookies on digital TV show BUILD; and tucked into yet more cookies on Global’s radio stations Heart FM and Radio X. In between mouthfuls they also managed to give interviews to Brit Mums, Good to Know with Rachel Riley, Joe.co.uk, MTV, Digital Spy and Metro.

The food-loving pair went on a sightseeing tour of London that took in tourist stops such as Buckingham Palace, the Victoria & Albert Museum and London Transport Museum, before stopping for a spot of tea at the Savoy – possibly also involving a cookie or two.

Cookie Monster’s Foodie Truck is a dynamic new way for kids to learn where their favourite foods come from. In each five-minute installment, Cookie Monster and his chef pal Gonger receive a video call from a child who orders a favourite dish – but soon realise that they’re missing a key ingredient. They jump behind the wheel of their food truck to gather the missing ingredient right from the source, whether that’s a cranberry bog, a pasta factory or an apple orchard. Farmers and artisans show Cookie and Gonger how their star ingredient is grown or produced, help restock the food truck, and send the friends back to the kitchen to complete the dish.