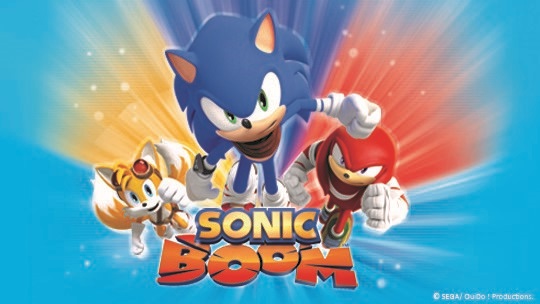 Sonic is back! The new chapter of the world’s most famous hedgehog on air on K2

SEGA presents the second season of Sonic Boom: on air on K2 this September

Following the success of the first chapter, the second season of the animated series Sonic Boom, starring the iconic Sonic the Hedgehog™, is back in Italy! Premiering September 11th on K2 and on air from Monday to Friday at 18.20.

The second season of Sonic Boom (52×11’) will see Sonic and his friends taking on new bizarre cases of mistaken identity, androids from an outlandish land, real live urban legends, a haunted lair, new friends and old enemies to fight.

The return of Sonic Boon on TV screens is just the first of many other news coming up soon. During the next year SEGA will launch two new videogames: Sonic Mania™ and Sonic Forces™. Out respectively, in September and Holiday 2017.