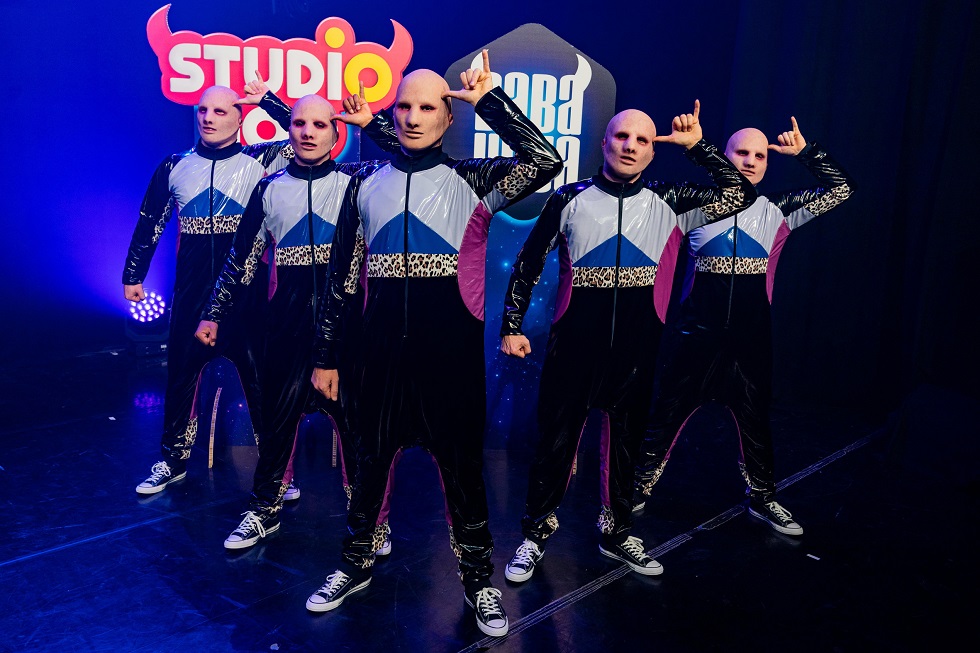 “Baba Yega” is an international act and YouTube phenomenon, blending dance, theatre, humor and alien mystery, targeting at younger boys. They won the fourth season of the TV show “Belgium’s Got Talent” in 2016, were runner up and audience favorite in RTL’s “Das Supertalent” in Germany in 2017 and semi-finalist in “Britain’s Got Talent” last year. With its expertise and renown 360° strategy, Studio 100 plans to bring the dance act to new international levels, developing new spectacular live shows for the international market, as well as fiction and non-fiction TV- and web series.

“Baba Yega” has proven to draw the attention of all audiences live on stage and in TV shows across Europe. The alien dance act from Belgium, or from their home planet Babalta, has impressed viewers and jurors alike in three different local versions of the international Got Talent franchise with their energy, acrobatic moves and humor. Their performance is a unique blend of dance and theatre, with lots of humor as they naively discover our world. All of this without voice, as they do not speak our languages and are not bothered by international barriers.

Their special greeting gesture has meanwhile developed into an iconic move among younger audiences. A TV series and a comic strip were created earlier around “Baba Yega” in Belgium. They even released a feature film in early 2018, titled “Baba Yega: The Movie”. The group already has a strong social media presence, their YouTube channel contains a whole range of music videos – including one with pop star Bebe Rexha.